Firestorm Network are a part of the Bucks Scout Network , covering High Wycombe, Marlow, Naphill and Loudwater, among other areas. We are currently running a joint programme with Chiltern Network, Cerberus and Network:MK , so we can be found all over the place!

We run a wide programme of activities, including climbing, raft building, hiking and geocaching. We also have a number of camps throughout the year, some at the local campsite in Braid Wood, Chesham, and others further afield.

For more information about our programme, please look at our Diary Page, or have a look through our Photo Gallery. If that isn’t enough, take a look at the event reports below or in the forums and hear all about us – straight from the horses’ mouth!

When Do We Meet?

We meet every Wednesday evening for an activity. These are wide ranging and always up for debate – if there is something in particular that you wish to do, then we will aim to put it into our programme for you! We do not have a regular meeting place to call home, and we have different meetings all around the locality.

We also help crew at Braid Wood, in Chesham, aiding in the running of the campsite during the day, and taking part in many sociable activities in the evening, be it a barbecue, a film night, board game night or a themed party.

We also have irregular camps or weekend events, such as trips to Wales to climb Snowdon, visits to the New Forest, or, slightly closer to home, Pub Hikes from Wycombe to Braids!

We would love to hear from you!

If you would like to find out more – maybe to find out where we are meeting next or whether Network is right for you, please contact us on enquiries@firestormnetwork.org.uk and one of us will endeavour to get back to you as soon as possible.

You can also register on our website and become a member by clicking here. You will then have full access to the diary and can sign up to events. If you like, you can then receive notifications by email whenever an event is updated.

BSN have just returned from their May bank holiday camp – The first of its kind where all the hubs were invited to stay in the well-equipped Belchamps Scout Activity Center. Thanks to some careful advance planning, we were able to share in one large site, with loads of space for all hubs to camp together, have our own big camp fires and even a wood lodge to cook and eat in (however un-scouty this may be, it definitely beats feeding 25 people from small stoves, and provided us with good cover for those times when the weather decided it didn’t like us). 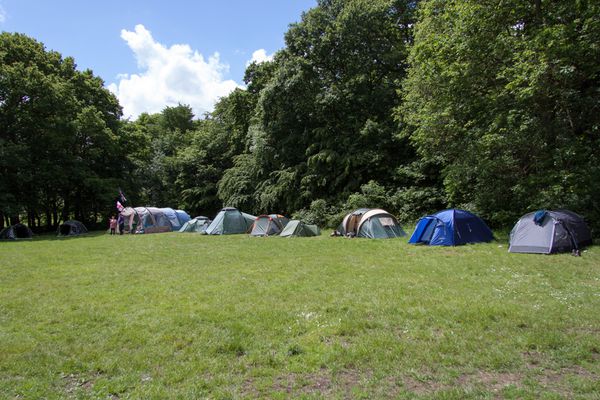 The weekend marked the first outing of the newly created Chiltern Network, having consolidated two smaller hubs into one for ease of management, as well as a rebrand. Despite many members already being in attendance, we’re still happy to welcome Chiltern Network to BSN.

Other new shinies appearing this weekend were the brand new sail flags – An idea long in the making which has finally come to fruition, and despite many production stalls and problems along the way, we managed to get them made and delivered in time to display them proudly on site. 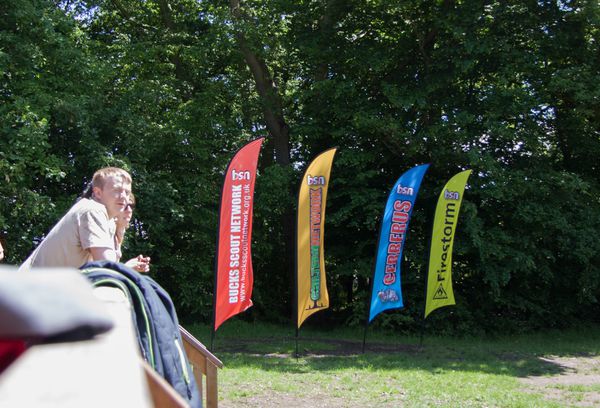 January started in the usual fashion – seeing in the New Year at Braid Wood Campsite, with a disco and Bucks Fizz. Recovery took a few weeks doing gentle activities such as archery and a pub quiz.

February saw the invention of the Glolympics – Olympic events staged in the dark with only glow sticks to identify competitors or props. It also saw the comeback of the Pub Hike from Wycombe to Braids (and what pub hike would be complete without copious amounts of snow?) Waking up in the morning to a completely unspoiled field was a real treat – until we ruined it with a giant snowman, snowball and an igloo! 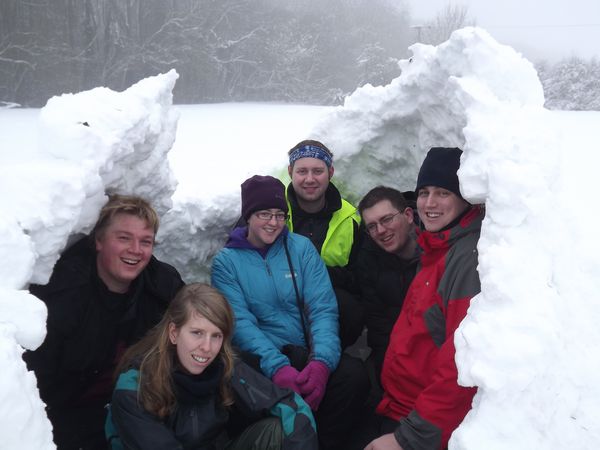 March, for three of us at least, was a real struggle. It saw us enter our first team in years into Endurance 80 – a 50 mile/80 km hike around Bucks, starting and ending in Great Missenden. Sadly, none of our guys managed to finish, although they gave it a good shot, although we have high hopes for next time! We also helped out at the annual High Wycombe District swimming gala, starting races and awarding positions and points for the price of a pint.

May saw Firestorm undertake their long-awaited canoe expedition. Led by kayaker Alex we headed to the Wye valley in Herefordshire for a two day trip down river in three Canadian canoes. After a drive that saw Andy, Lindsay and Michael brave Steve’s driving for a whole 2 hours, we arrived at our overnight stop, Warren Oak Scout Campsite. We had stopped for dinner on the way down after Steve made some excuse about the sun blinding him.

Naturally Steve ate half a pig.

<placeholder> Picture of Dinner on Friday

After driving round a seemingly deserted campsite we located Alex and Marianne and were joined by Ian who had come all the way from biscuit testing in Halifax!

After a quick breakfast, we broke camp and stuffed all the necessary kit into dry bags. Off we went to the canoe base only to realise we had no idea which part of Ross on Wye it was in. Answer: Car park round the back of a cricket pitch just of the B4260. Useful stuff!

Only a few minutes late, we met up with people whose canoes we were using, loaded people and gear into minibuses and headed to the start point ...

One of the things that we aim to do as a Network is go on regular camping trips away from the Bucks area. Although we have monthly camps up at Braid Wood, we also aim to get away a couple of times a year, and what better time to go to the New Forest than over Easter, when we have four uninterrupted days off?

Our trip started spectacularly. Lindsay had gone down early to set up, with me, Steve, Ian and Andy travelling down after work. Ian bounded into the car, complete with his own, personal brand of travel monopoly – a full size board that he had spent the previous Wednesday sticking magnetic tape to. Unfortunately, he had neglected to stick tape to the counters and, almost before we left Wycombe, Andy had already had to find a new piece. By the time we reached Hampshire, three pieces remained, one having been lost and found again, and Steve’s ship survived gallantly on the stormy waters of the monopoly board, before it was torpedoed by Ian’s boot.

Once there, we were delighted to find that Lindsay had already put up our tents and all ...


There are two types of fool. Those who have never done Endurance80 and those who have done it twice” – Japanese proverb (adjusted)